Skip to main content
This question was closed Jun 03, 2021 at 10:18 PM by David Marginian for the following reason: The question is answered, right answer was accepted

Discover Clover devices in the local network before pairing

Hi,
I'm using Remote Pay iOS SDK for semi-integration.
I see the Shopkeep can discover Clover devices in the local network before pairing.

How can I get the Serial Number of Clover devices with Remote Pay SDK? Please help! 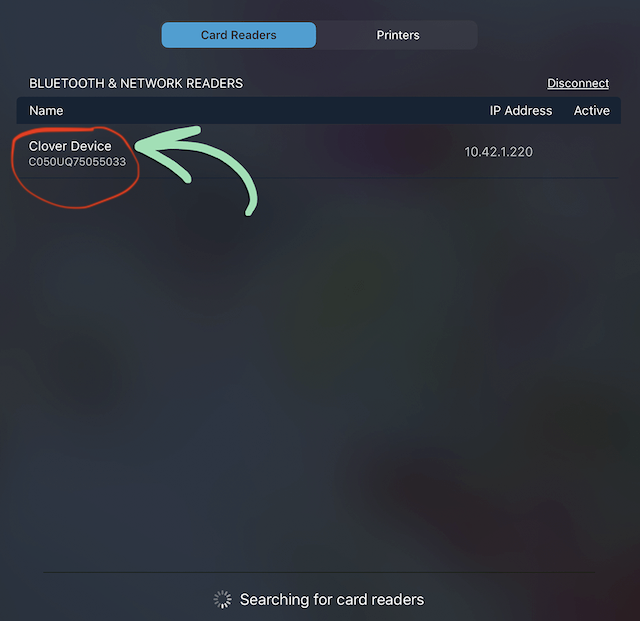 This isn't currently a feature that's provided by the remote-pay SDK, and not something that we officially support.

However, I believe this is being provided by an mDNS network discovery service on the device, which was not originally intended for semi-integrations. As such, any use of this is not guaranteed for the future. However, we'll look into what it would take to make this a more officially supported feature set.

Thanks Daniel! Your quick response helps me so much!

I'm not positive whether or not the Clover devices support a responder. I think a more accurate description is that we have a broadcaster on the device; you're then able to build a responder into your custom point-of-sale to discover the Clover device.

2 People are following this question.

Semi-integration with Flutter based POS (iOS)

How to check whether Secure Network Pay Display app is opened (started) or not?

Can not adjust tips for an Auth (Debit card)